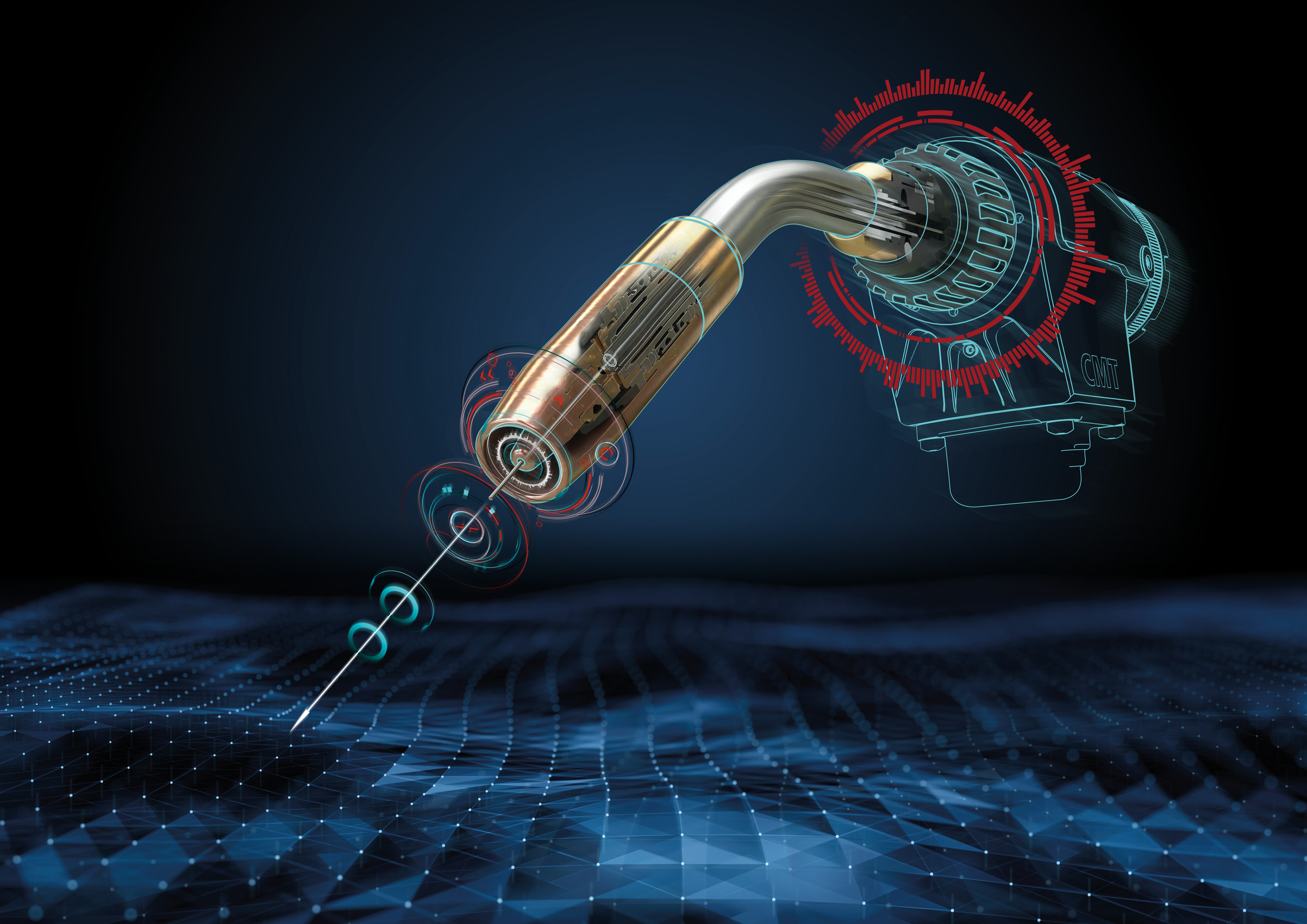 Driver assistance systems in cars and robotic welding in industrial production – are there any similarities here? If we look at the development stages of the motor vehicle first, it was initially analog systems such as power steering that made driving so much easier. Over time, more and more digital helpers in the field of passive safety were added, for example ABS, ESP, lane departure warning systems, and many more. Today the age of the self-driving car is almost upon us.

The development of robotic welding towards an autonomous future is also a major concern in industrial series production. For decades, the efforts of large-scale manufacturing firms have been heading in this direction. A key factor in this could be digital assistance systems for robotic welding, which are installed on the welding systems themselves. With their help, robots can act with ever greater independence and without needing significant external intervention.

Teaching of the welding robot made easy

The basic prerequisite of any steady, fully automated welding process is precise programming of the welding robot. The welder must therefore teach the robot exactly where the weld seam path is located in the three-dimensional coordinate system on which the robot control is based.

Professional assistance systems for robotic welding can assist here, such as by applying a low sensor voltage to the wire. If the welder now guides the robot torch to the component at the defined start and end points of the weld, a short circuit occurs when the wire touches the metal – but no actual welding takes place due to the low voltage. This short-circuit is converted into a digital signal by the power source, which in turn is made available to the robot. If a signal is received, the robot can save this position data; the start and end points of the weld seam are thus precisely recorded.

Touching the workpiece, however, involves risks. With conventional welding torches, including their standard wirefeeding systems, there is a high probability of bending the wire. This is where systems with a reversible wirefeed, i.e., a forward and backward movement of the wire, can help. At the moment of contact with the sheet metal, the wire is automatically retracted, thus preventing damage to the wire electrode – and in turn false positioning results.

The wire electrode that doubles as a sensor

Having sensor voltage present on the welding wire in combination with a reversing wirefeed gives the game away already: so much more should be possible here! The most powerful systems now allow forward-backward movements of the wire at a frequency of up to 100 Hz. If the welding wire were to be moved along the component along an infinite series of sequential paths with this highly dynamic movement, every raising and lowering operation on the component could be recorded. In principle, complete contours could therefore be made visible in 3D.

This newly acquired sensor technology based on the wire electrode is already being adopted in the real world with great success. Edge detection for lap joints is one of its most important uses which is being implemented on industrial production lines. Due to the automated systems that position the upper and lower sheets for welding, deviations are a regular issue – this is also referred to as tolerances. If the position of the edge of the upper sheet now deviates too much from the programmed set values, a lack of fusion will arise during welding.

A scanning run along defined paths before the welding process begins records by how much the actual values of the sheet metal edge deviate from the set values with utmost accuracy. The path of the weld seam can thus be corrected automatically by the robot control and the result is the perfect join between the upper and lower sheet.

However, the sheet positions of the components not only shift horizontally; unintentional differences in height between the lower and upper sheet can also occur. If the air gaps are too large, these too usually lead to a lack of fusion.

Since the digital signal also transmits the precisely measured sheet edge height, the welding wire sensor is able to accurately calculate air gaps between the sheets. In addition, it can be precisely determined in advance how the power source should react to the different air gaps; depending on the gap size, it automatically falls back on various stored welding programs known as Jobs. As a result, the respective welding challenge is executed with the exact welding parameters that are ideal for the gap size present.

Seam tracking and correction during welding

The sensor technology options mentioned so far are all intended to counteract the positional deviations of the sheets before welding. But what happens if there are major deviations during the welding process? Particularly when it comes to thick metal sheets, such as those encountered in the manufacture of railroad or construction vehicles, the massive heat input can cause geometric distortion and this requires a response at the moment of welding.

If, for example, a fillet or prepared butt weld has to be welded, the robot performs the welding process with an oscillating motion. The stick out position changes continuously from one side to the other. The individual welding parameters, such as voltage and amperage, naturally also change as a result. If one of the two sheets now deviates from its position due to the effect of heat, this is reflected in the differences in the set and actual values of the welding parameters.

Based on this information, the welding robot can automatically correct the weld seam path during the welding process. This in turn makes a lack of fusion extremely unlikely.

Robotic welding should gradually lead to autonomous production lines. All in all, the assistance systems used for this will enable more efficient and reliable processes, allowing the reworking of components, other labor costs, and material costs to be drastically cut. The overall production costs are thus reduced in the best possible way.

Fronius is now also a pioneer and technology leader in robotic welding assistance systems. With numerous developments, such as the WireSense system launched in 2020, Fronius is successfully advancing the goal of fully automated production using welding robots. This means that the power source is no longer just a welding system; it also becomes the intelligent brain of the robot. 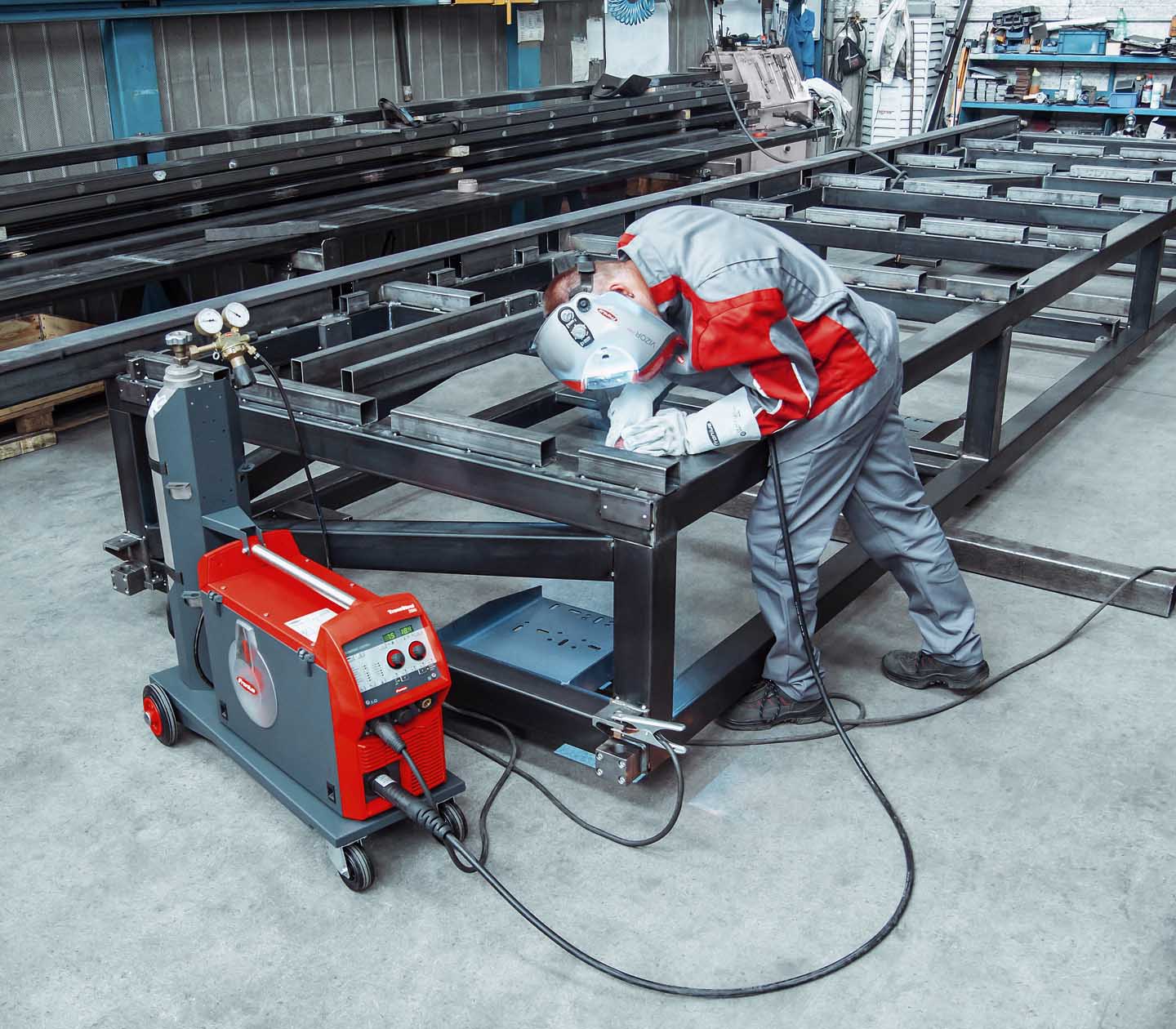 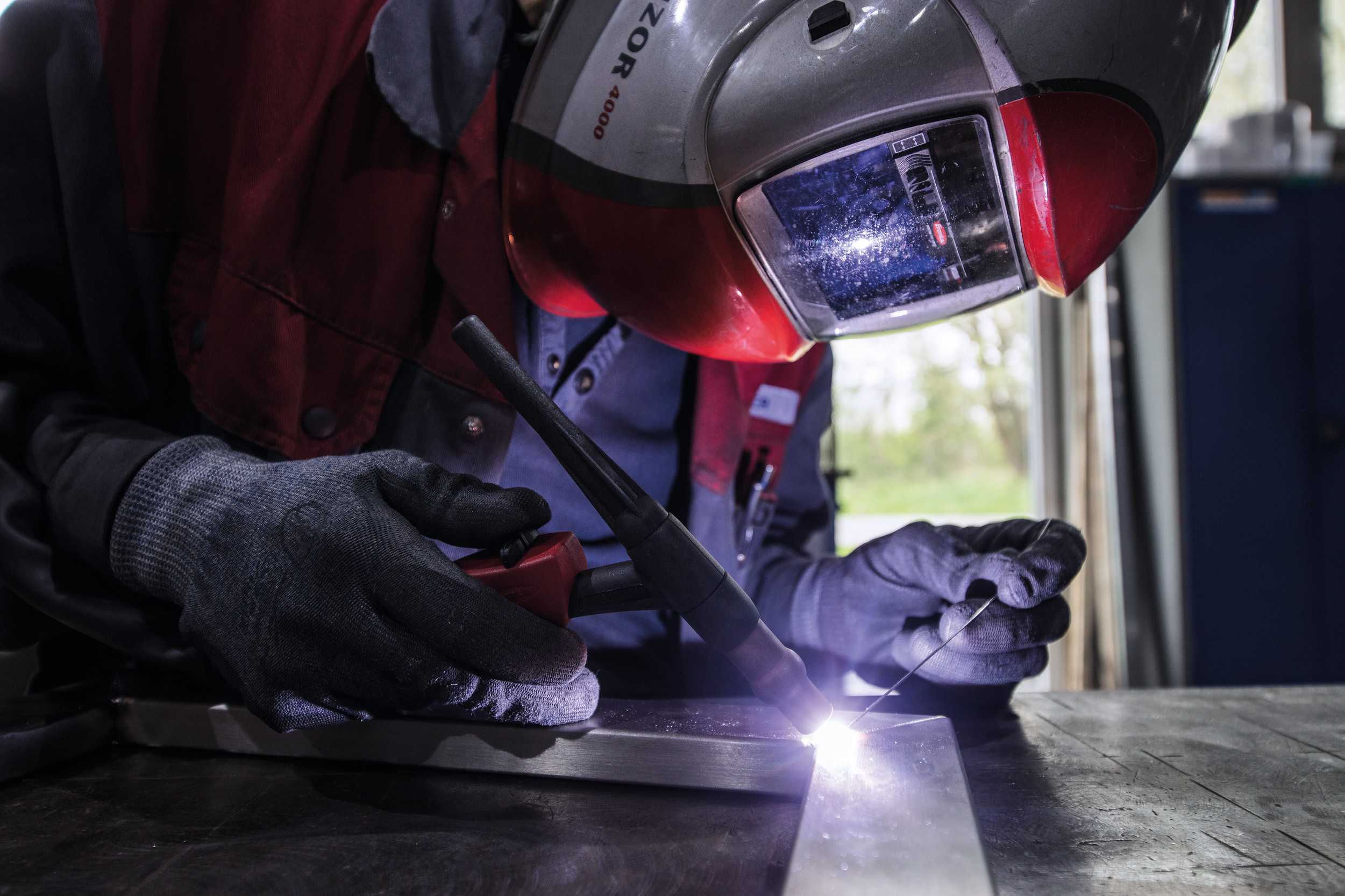 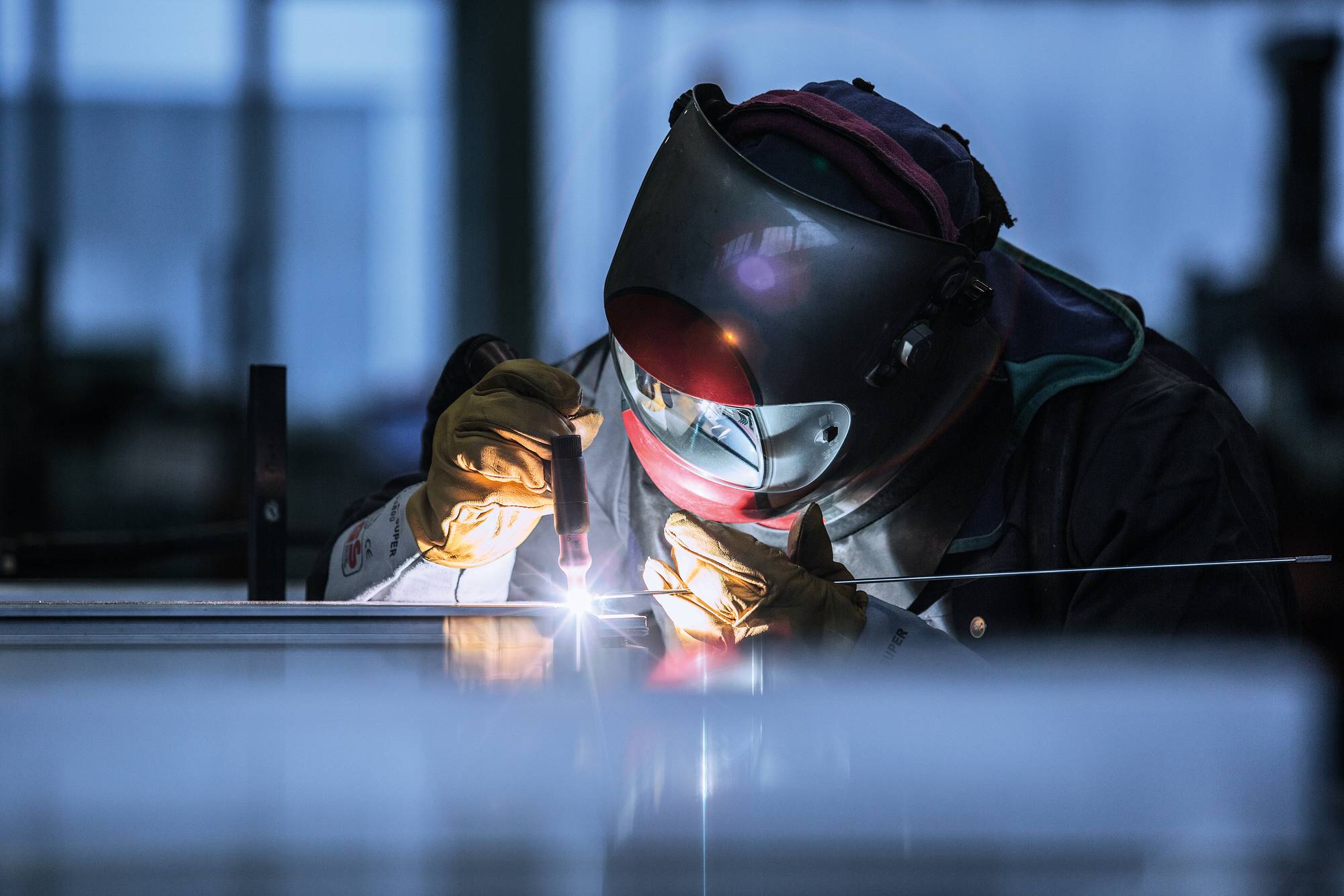 Oldie but Goldie! ✨ How old is your oldest weldi

No matter what the welding task - MIG/MAG, TIG or

Figures from the US reveal that women represent ju

New product alert! And you guys have to guess the

Learning to weld? For many this can seem like a b

Did you know we provide numerous training material

Our TransSteel Pulse rolling out the doors into th

Not only is Fronius a supplier of high-quality wel

Top quality – for every weld and every material:

Happy weekend! And don’t forget to weld on. 🔥